Note: I do not speak English, so I apologize right away

I was building my site using theme, and during this process after having already made several settings, a new version appeared, it was installed and after that I got several problems. 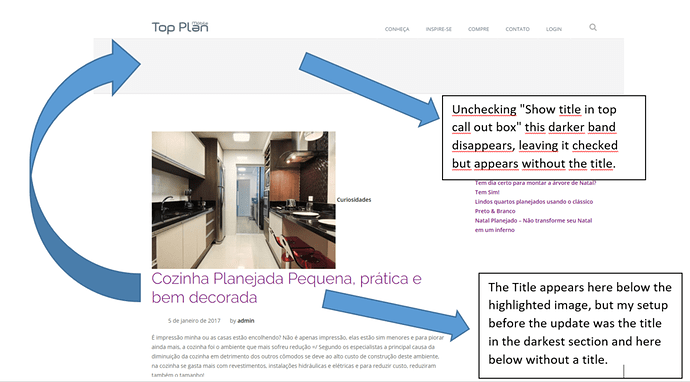 The Title that should appear at the top of the page, in the darkest section, appears below the featured image. And the darker section appears blank without any word.

Underneath the highlighted image should not appear the title. 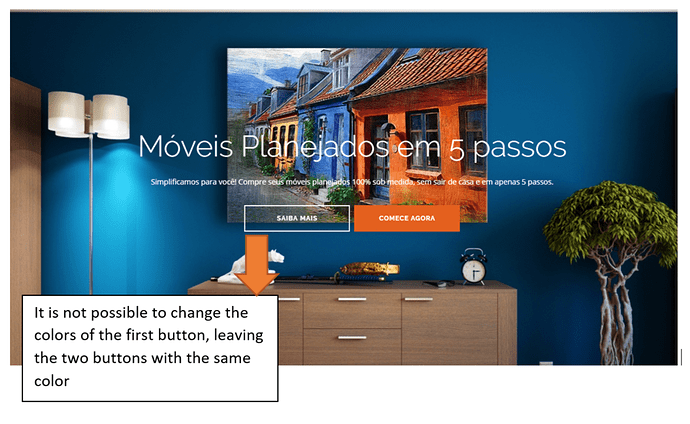 It is not possible to change the colors of the first button, leaving the two buttons with the same color

Several other prolixes, deconfigurations of almost every page. Change on the main page of the blog and so on.

Is it possible to solve these problems or restore the previous version of the theme, which worked perfectly?

Hey I can help with the first question:

Just make sure you follow instructions directly… do it through Admin Area → Appearance → Customize → Additional CSS
For some reason if you do it in the Dashboard > Appearance > Custom CSS it doesn’t function in the same manner.

That eliminates your second question and as per your third question. You can adjust the color via the visual editor in custom CSS so Dashboard > Appearance > Custom CSS – on the upper right hand corner there’s an icon of an eye, click that. Then hover over the element you want to adjust – it default loads your homepage, so type in whatever page your button is on manually – but you can make adjustments here.

I also posted a question right after you, if you have any ideas, would love some advice haha. Cheers!

None of your solutions worked. After upgrading from Shapely to version 1.1.2 the CSS editor does not work. Nothing you put there makes a difference in the theme.

I took a look at your question, but I do not know the answer to the question.

I started looking for other themes, I’m giving up Shapely.

So sorry to hear, @andercad.

Just to be clear, you used:

So I don’t want to remove darker space. I want to place the page title in it. It was like that in previous version. When I check in firebug theres still:

but nothing in it. I think it is a bug. Any ideas?
Thanks

after new version released, got the permalink on line again but with no description - despite the contents are still there saved in the media library; any idea how to get the description available?

Sorry for a late in response. Update the theme and shapely companion plugin to its latest version.

If you still facing the issue please pass us the WP Login details in a private reply I will check what’s going wrong.

@deli, @randomnick please create a new topic, so that it is easy to track the issues.